This post is a recap of all steps involved in making an EP.

I started with limited knowledge of electronic music production and used this project to learn-by-doing. Now the finished product is on Apple Music and Spotify. 🤯

Stuck in Atitlan: The Birth of an Idea

Our friends Liam and Johana were traveling the world.

They were in Guatemala when countries started closing borders due to Covid-19.

With no end in sight, Liam turned the situation into a positive.

Being a movie director by trade he decided to shoot a documentary about the people at the lake - the internationals, the locals, and their stories.

Since we wanted to collaborate on a project, I contributed music to the documentary.

My Background: A Musical Journey from Classical to Electronic

Music has been a part of my life for as long as I can remember.

My dad - Ilmar Lapinsch - is a conductor and composer. Growing up in a musical household it was expected that I would follow in his footsteps.

It started with private violin lessons, then 7 years of classical training at the Vienna Conservatory in the program of Dora Schwarzberg until at age 14 I decided to leave classical music.

It didn't feel right at the time and the other kids were on a different level altogether. One of the more talented guys in our cohort later became the First Violinist at the Vienna Symphony Orchestra at age 27. 🤯

After a difficult period, I re-discovered my love for music.

The "gateway drugs" were Daft Punk and Justice. Really anything related to Ed Banger Records.

In the late 2000s, I saw someone DJ at a house party with a laptop, a mouse pad, and a free version of VirtualDJ. I wanted to try for myself and see if I could do it better.

In 2013, I met my brother from another mother - Finn. We collaborated under the name "PKHM RIOT" and created 30-minute mixes full of eclectic transitions. Mixing Duke Ellington (jazz) into Jan Driver (electro) or transitioning from Filter House into Stevie Wonder. Ever since the idea of cross-over has stuck with me.

Fast-forward to 2018, my friend Freddy and I started "Disko No Disko" with a simple premise: Organize parties and donate the proceeds to charities.

This idea quickly turned into a resident night at Humboldthain Club, Berlin, and a guest residency at Mitte Karakoy, Istanbul. The collective covers styles from wedding/prom music to melodic techno and everything in between. 💃

During the first Covid-19 lockdown I picked up music production and was looking for a project to create a full-length EP.

This post is about the 'Atitlan' project and what it takes to get from idea to finished EP. 🤘

“I am not doing concert music. I’m telling the parallel story that the film makers are telling.” - Hans Zimmer

Before starting to write music for a movie it helps to understand the context and the story.

Located in the highlands of Guatemala, Lake Atitlan is home to Mayan tribes who speak a local language called 'Kaqchikel'.

Idea for the EP: Create a sonic narrative that pays tribute to the local language and the mystic vibe of the lake.

The Narrative: Mix of Cultures at the Lake

In his documentary, Liam wanted to show how the group of travelers dealt with a lockdown in a foreign country. When will they be able to see their families again?

Idea for the EP: Juxtaposition of familiar instruments/sounds from both perspectives:

The Sound: Natural and Modern

Liam and I had a couple of calls to dial in what he expected from the sound. He sent me a couple of references:

Idea for the EP: A sound, which is rooted in Mayan/Latin tradition but also can be played in an electronic music setting.

“There are some aspects of the human condition which you could describe easier in music than in words.” - Hans Zimmer

We wanted the four-track EP to complement the narrative of the story:

Danger is in the air.

Tension turns into hope. Constant fight between old and new. Past and future.

For the piano elements, I worked with traditionally-trained Robert O'Brien. We collaborated via email and audio-file exchange.

Here's one of the emails I sent as direction for the recording:

I'll try to put into words why I think the piano in the reference track works: https://www.youtube.com/watch?v=Zz2Hlnwa94s

- piano is the rhythmical counter-weight in the entire track

- then piano comes in with a slightly different rhythm than the rest ... breaks it up ... almost like a palette cleanser

- the piano has 2 elements .. one is the very faint / high end almost like crystal/water drop elements ... that I think we can even program into midi

When I think of the pianist I think of a Spaniard who's far far away from home, sad and anxious that he's not with his loved ones but knows that if all goes well he'll travel back home soon enough.

Comes home and has to channel all these emotions on a piano. Same narrative put into keys.

The whole process took a weekend and turned out great.

Mixing and mastering was a whole different story in itself.

I wrote about my learnings working with Kilian.

For the cover design, I worked with Peruvian artist Buhho.

We connected via Instagram, talked through the design brief, and got to a final design within 4 iterations.

If you like his art, get in touch with him directly. ☝️

I was lucky to get 3 talented remixers on board who added their personal styles to the Atitlan EP.

"There's no top to the mountain, the view only gets better when you climb." - anonymous

Bore (aka Boris Filipov aka Ritual Cycles) is not only an OG of the Disko No Disko crew but a sonic researcher.

He is constantly looking for new sounds either through modular synthesis or analog audio routing. His sweet spots are the new and the next.

David is an established techno act in Hamburg and beyond. Recently delivering more and more productions via labels such as Groovematica, Enchant Audio, and Aviary Records.

Having landed already Top 10 positions in Beatport this is one to watch.

David's remix is melodic techno with a beautiful break and drop combo. Epic.

The Piano has been with MATISO since his childhood. His electronic music productions - released via Iconyc Noir and Aviary Records - are melody-forward.

We are releasing the EP via exposure music.

The Hamburg-based label is run by brothers Kilian & Finn Bohn.

Over the years they released original tracks from Black Loops, Ennio, Australia-based Human Movement, CutOff!CutOff! and their own productions under the name Kilian&Finn. Remixers on the label include Kyle Watson, Rainer Weichhold, Mat.Joe and many more.

After 13 releases with more than 4 million plays in worldwide radio- & club play, the label took a creative break. Now the two brothers are restarting their label and I'm their first new release. Like what the hell. 🤯

The EP on Spotify

Still can't believe to get a result for my name when searching in Spotify. WTF.

The Tracks in the Context of DJ Sets/Mixes

Finn asked me recently if I'd like to continue making music (um... yes!) and what I had learned during this project.

Here are some takeaways:

See your Everest: Having a Clear Goal Makes it Easier

As with any new skill, it's easier to put in the effort when you know why you are doing it:

The same is true for music production. Instead of doing many tutorials from start to finish, commit to finishing a remix or original song and then go through all necessary steps. You'll notice when you are hitting a wall. Google is your best friend.

That's what worked for me.

Try to Get Help: Having a Mentor or Buddy Helps

I was lucky that my mastering engineer was also a producer and a collegiate-level instructor himself.

For a start, you can see if you have someone in your circle of friends or friends of friends who know a little bit more than you and are willing to share their knowledge.

Every little bit helps. Heck, you can even reach out to me.

Every artist and musician has their own tips, tricks, secrets, methods, ...

Collaborating on a remix or properly working with different artists increases your pool of knowledge. Extra brownie points if the artist focuses on a different instrument or genre than you.

Higher Fidelity: Understanding a Craft Leads to More Appreciation of a Craft

Finn asked me if I listen to music differently now.

The answer is yes. Let me explain.

I can still enjoy music as a consumer but if I properly focus on the music it feels like there's more fidelity to the experience.

Now it seems easier to perceive sounds and I hear more easily where those sounds are placed across the stereo spectrum (left/center/right).

Understanding the technical work steps helps to identify what an artist has done with the sounds: which effects were applied, why did they make this decision, why does it help in the context of the particular song.

Research seems to suggest that once you have built neural pathways for an action (e.g. playing piano/synthesizer) those same pathways are triggered even if someone else is doing it or if you hear the result. This is called "embodied cognition".

Pretty whacky stuff but explains why you are more stressed watching a sport that you have trained/played yourself.

Workload: It's More than Expected

When starting the EP project I thought I would be done in a week. Man, was I wrong.

I completely underestimated the details that go into music production. If you want to know more about the technical aspects of the production you can read my previous post on the topic.

From start to finish it took us roughly 10 months:

Getting Published: It's Difficult but Manageable

Once the music is done you want to distribute the tracks to the main platforms (Spotify; Apple Music; Deezer; Tidal). This can be done via a distributor.

Spotify has a great summary of distribution services tailored to individual artists and labels.

In our case, we distributed via exposure Music and their distributor The Orchard.

Closing Remarks: If You Want to Do it, Give it a Shot

Having gone through the process from start to finish I would say it is attainable to anyone who wants to create and publish their music.

It might take a bit shorter or a bit longer depending on what your level of knowledge is to date.

The point being: It's easier than it has ever been.

There's so many people without whom this crazy project would have not been possilbe:

I'm creating an online course about Brand Strategy for Practitioners:

If you have thoughts, questions, feedback, resources, critique or just want to chat please ping me on soundcloud, twitter or reach out via Linkedin. 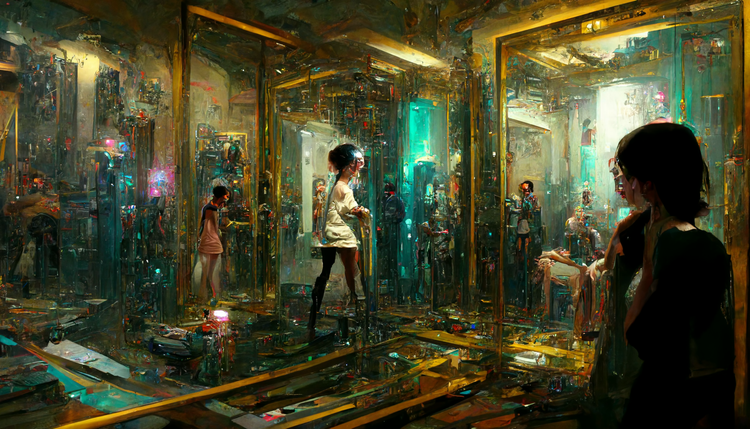